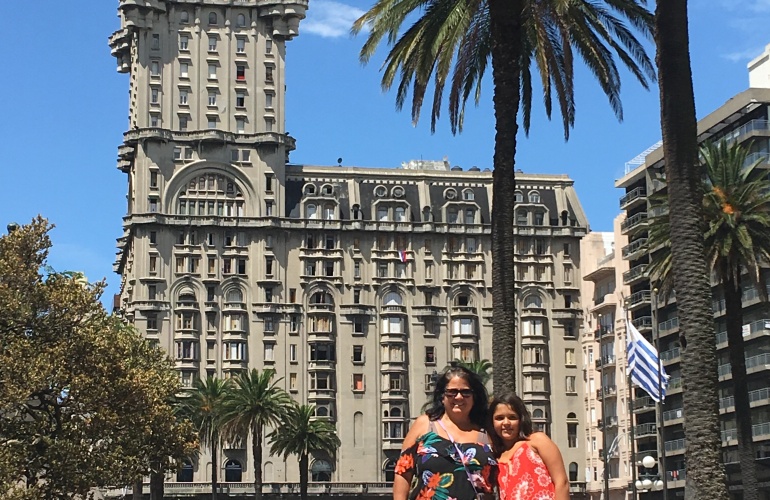 For our family, getting asked the question of ‘Where are you from?‘ isn’t a very straightforward answer.

Being a third culture kid, Ava has grown up contending with this question her whole life and her response depends greatly on the mood. Telling people she was from ‘Vietnam‘ or ‘South Korea‘ (where she’s lived her whole life) has always been met with quizzical looks and skepticism from people looking for Asian features and, not finding any, unleash a barrage of even more questions. Over time, she’s whittled down her answer to the succinct: “Well, I was born in California, but I’ve grown up in Vietnam and now live in South Korea.” Sometimes she just answers ‘California’ when she doesn’t want to get into it, because, let’s face it- when you tell strangers where you’re from, you’re really learn where they’re from. People size Lisa and I up as either military or missionaries so we have our scripts as well:

“Well, I guess you could say that we’re from California although we don’t actually live there. We’ve been based in east Asia for the last 17 years across Thailand, Vietnam and South Korea as school teachers, but we’re now on a sabbatical year of travel that we’re about 8 months into and we’ll start work soon in Lima Peru.” I candidly say. The ensuing back and forth brings up and puts down a few questions, such as how we did it, where we’ve been, what resources we’re using to teach our daughter and maybe even some tips for how to get started in international teaching.

Overtime though, the novelty of repeating this same conversation over the last 8 months has worn off and we’ve retreated more and more into the solace of our hostel rooms rather than engage with the 20 year old crowds in public spaces to spare ourselves from sounding like broken records by saying the same thing over and over. Not having permanent roots anywhere means you’re really from both everywhere and nowhere, and I wonder if this nomadic, drifting lifestyle will give Ava a world class education or an existential crisis later on in life.

Our first pass through Montevideo was met with the start of Carnival, the world’s largest party. When we checked out of our hotel room after a quick one night stay, we left early in the morning for the bus station and people were still drinking on the streets at 5:30 am. It was high season and would be until the party ended mid February with blow out bashes in other parts of South America such as Rio De Janeiro and Buenos Aires.

After spending the last 2 weeks in the campo, coming back to Montevideo was a nice respite to see some of the sights we missed on our first, one night stopover. The highlight for all of us was barbecue grill at ‘Mercado Del Puerto’ followed by the ‘Museo Del Andes de 1972‘

Museum of the Andes

The Museum of the Andes in an independent museum made by a Norwegian ‘Jorg Thomsen’ who wanted to memorialize the plane crash of 1972 made famous by the book ‘Alive’ which chronicled the story of Air Force Flight 571 that resulted in the deaths of 29 people but also brought 16 of them back to the living world. The survivors endured freezing cold, an avalanche and resorted to cannibalism of the corpses to meet their nutritional intake. My only knowledge of this was from the movie ‘Alive‘ starring Ethan Hawke back in the 80’s, but the museum proved the reality of what happened was slightly different than what Hollywood chose to tell.

Mr. Thomson was on site and gave us a tour that housed artifacts from the survivors and the dead along with plane wreckage, aerial photographs and testimony from friends. The ingenuity of the survivors was breathtaking. They fashioned snow goggles to prevent blindness, engineered water collection devices to conserve calories and even used wiring and seat covers for coats. The most striking part of the museum was how the 16 survivors were embraced whole heartedly when they were rescued and not overly judged or condemned by reporters, the public or even parents of the deceased of whose children they ate to stay alive.

“What if that happened to you?” I asked Ava as we watched the movie that night.

“What do you mean?” She asked back.

“If we were on that flight together, and I died and you had no food, could you eat me?“

“Yes it is. But I would want to give my body to you to stay alive. I wouldn’t hesitate for a second and would want you to live. I hope it’s a decision you never have to make.”

Colonia Del Sacramento is a charming two hour bus ride from Montevideo west along the coast and is more than just a place to ‘kill some time’. It’s speckled Portuguese and Spanish past dots the peninsula and the new town rises out of the old town’s 300 year old ruins presenting visitors with decadent restaurants, hotels and brew pubs.

Tomorrow, we’d take a ferry back into northern Argentina and towards Iguazu falls. Until then, we’d make some pasta tonight in our little Posada and perhaps watch some movies that swept the Oscars last night such as ‘Parasite‘ or ‘1917‘. Lisa and I watched ‘Once Upon a Time in Hollywood‘ last night after the little girl went to bed and we got a glimpse of tinseltown at the tail end of its golden years. Isn’t that always the case, thinking the best years of our lives are always behind us when they’re all around us, all the time?

Day 1: So It Begins- In South Korea